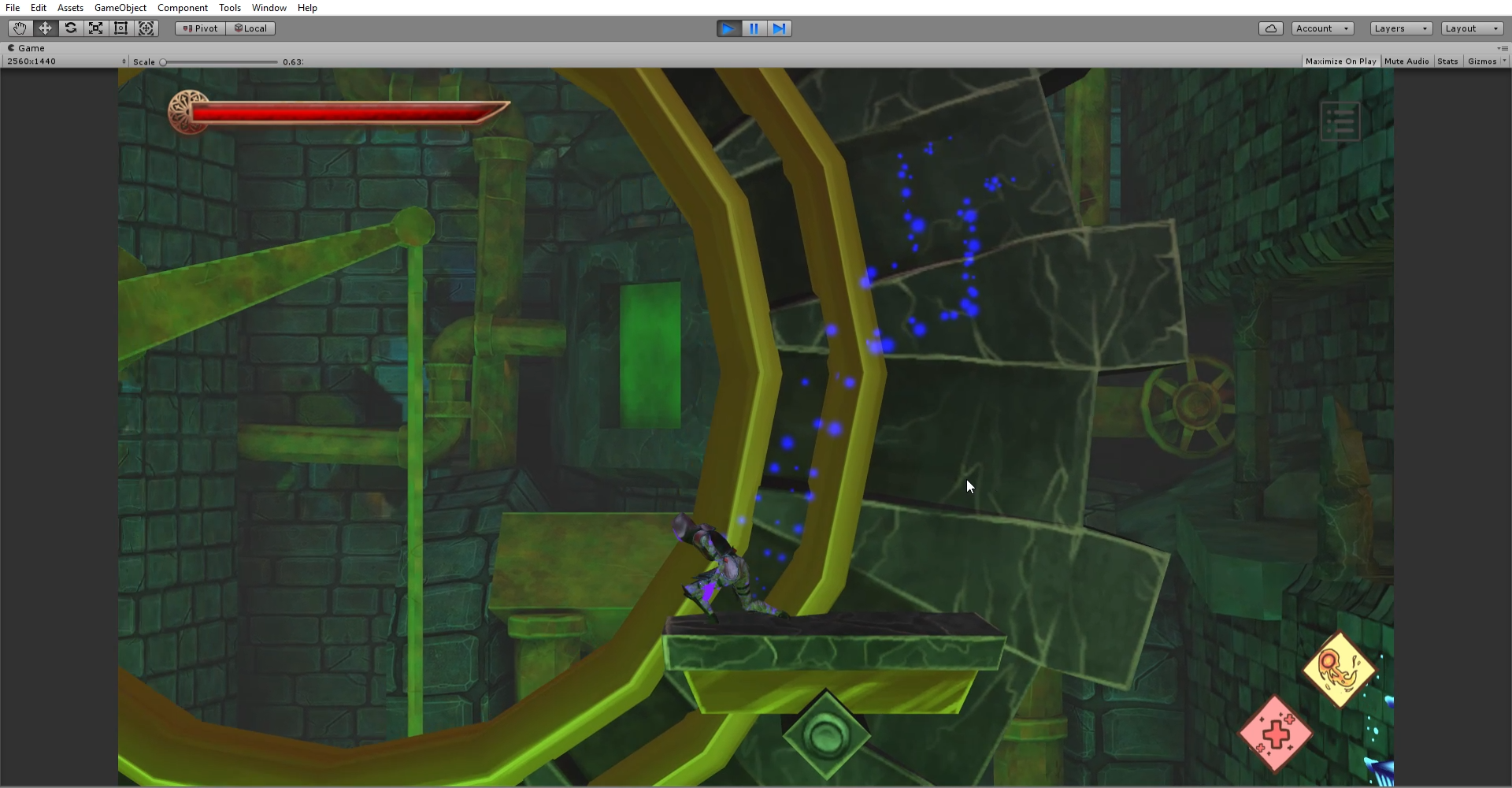 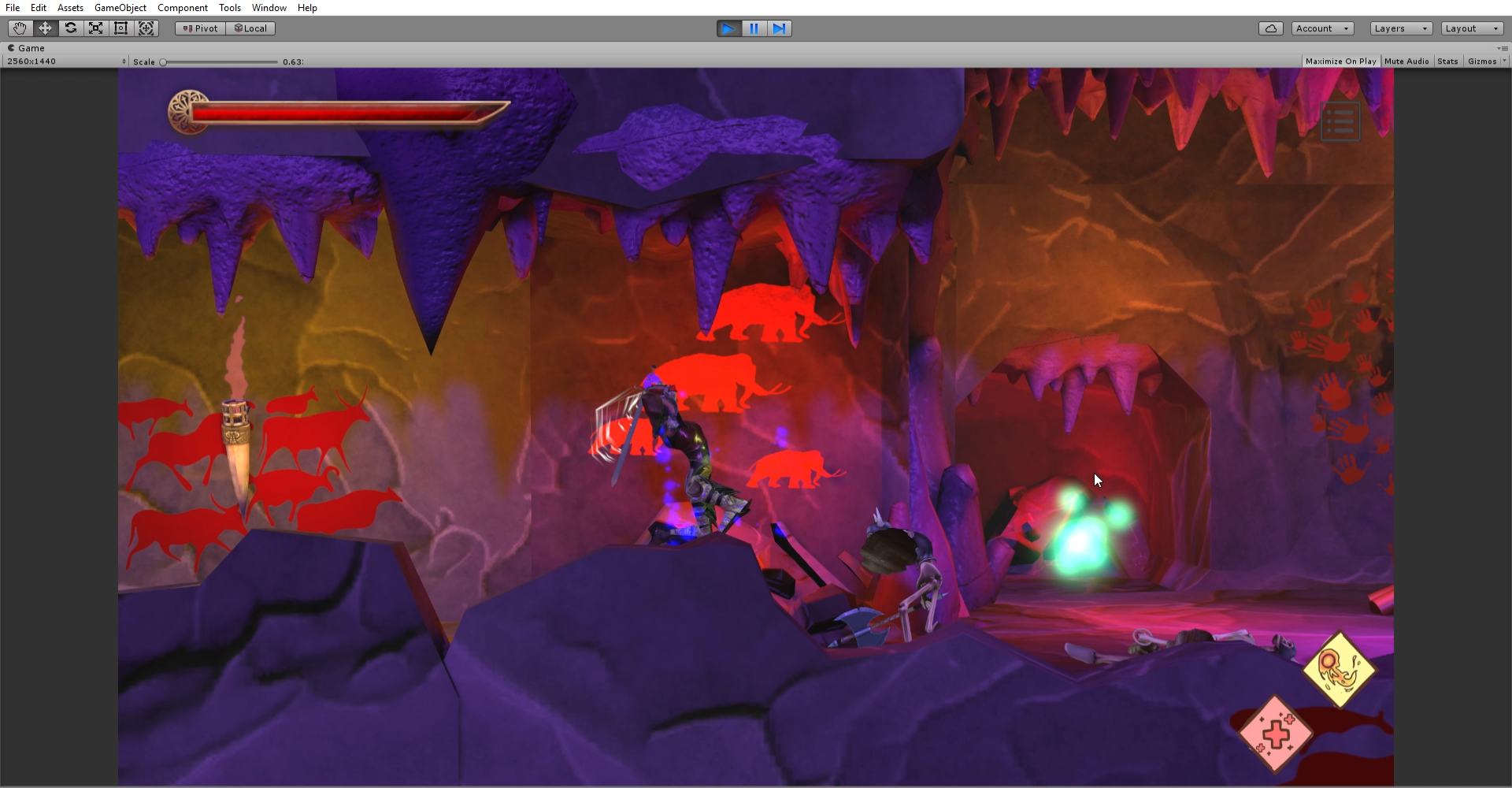 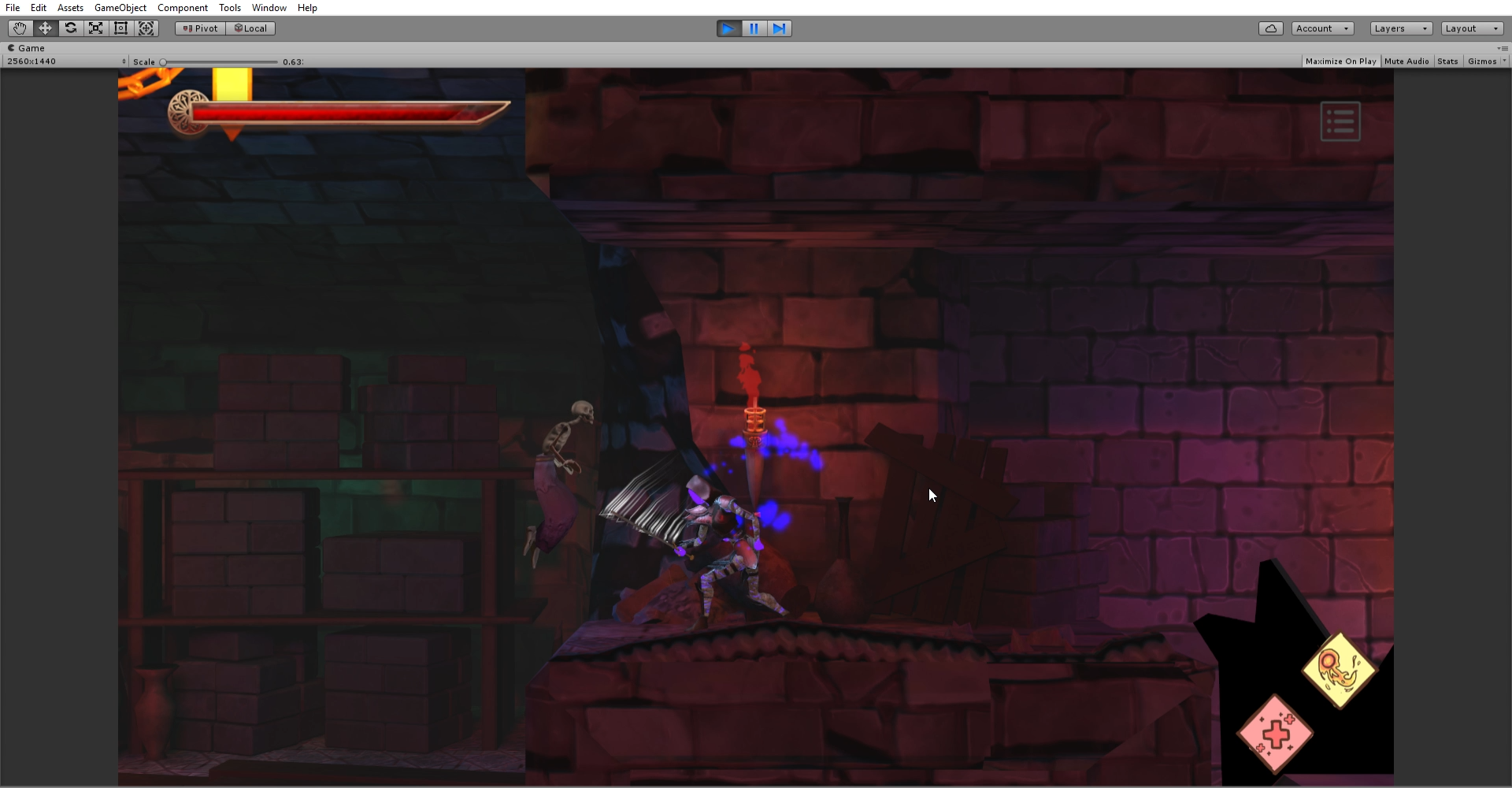 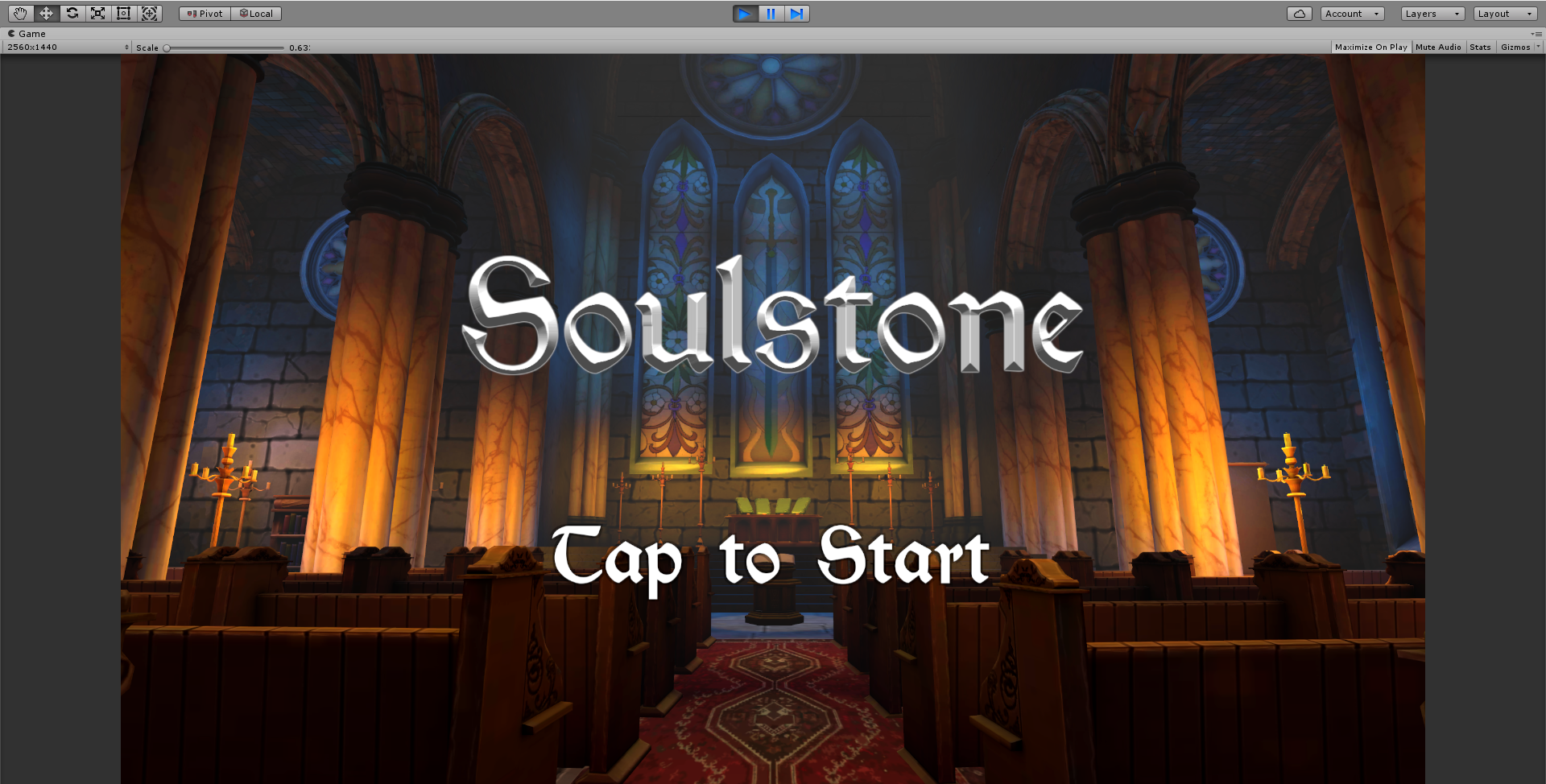 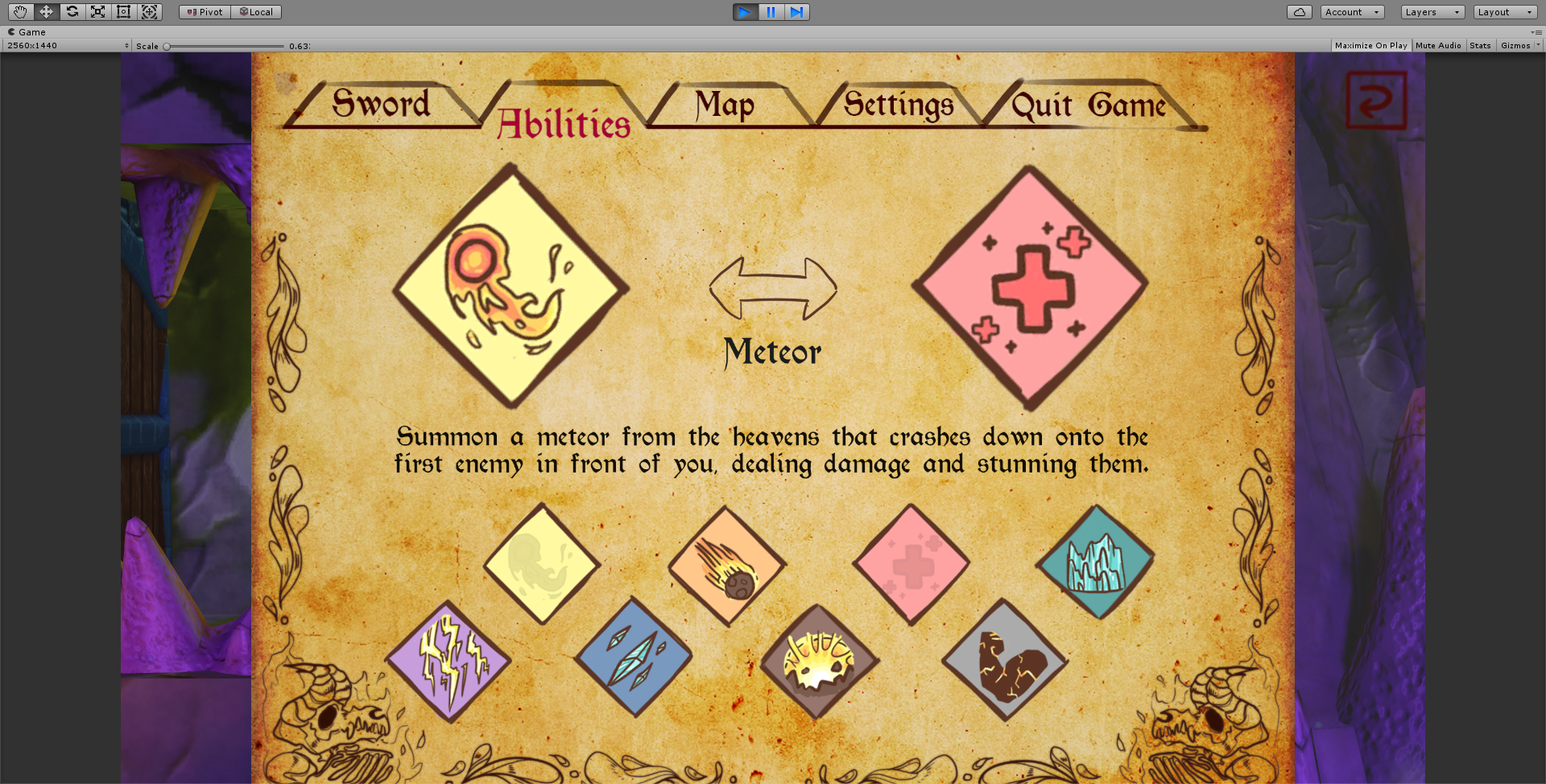 early system
The first iteration of the ability system play with the idea of elements (fire, air water and earth). In the screenshot on the right, each ability has 3 gem sockets, and based on what type of the gem the player put into those sockets, a different ability will be granted. For instance, fire, fire and earth combination grants the ability meteor.

The next
The problem with the first iteration is that even though its interesting to play with, it is too complicated for a platformer. So I kept 8 of the 16 abilities originally designed and created a much simpler system. This system, with a few more changes made to it, made it into the final version of soul stone.
ability system Final version
*Art assets and UI placement are not made by shimu

Sound design
I Was also responsible for the sound effect design, including character movement, ability, UI, music and NPC. Since we don't have a sound artist, i found and edits all of the sound clips used in soul stone.

Balancing
i worked on balancing combat stats for Soul Stone.
Touch input
one more thing i worked on is the touch input system for Mobile platform. The current system is able to detect horizontal/vertical/diagonal swipe and drag, tap and hold.
↑Back to Top